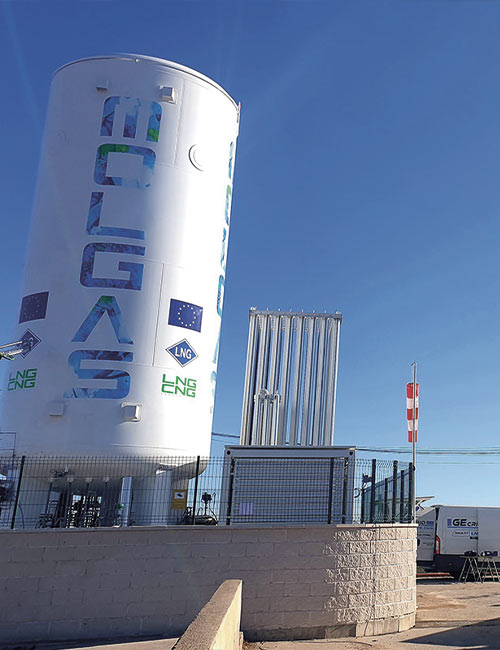 InfraVia invests in LNG infrastructure with the acquisition of Molgas

InfraVia announces the acquisition by InfraVia European Fund IV of Molgas Energy Holding (“Molgas”), the leading European small-scale LNG infrastructure platform. With the support of its new shareholder, Molgas ambitions to accelerate the roll-out of its energy transition solutions towards new markets.

In the current energy transition context, LNG represents an attractive alternative to traditional oil-based fuels consumed in the industry and the transportation markets, both from economical and environmental standpoints. By switching to LNG, end-consumers can reduce their carbon footprint by up to 20%, lower NOX emissions by 35% and eliminate most sulfur oxides and particulates. Molgas has been a pioneer in this field and holds leading market positions in Spain, France and Portugal. Molgas strategy is to grow the platform in Iberia and beyond, leveraging LNG long-term cost advantage and environmental benefits.

“Molgas has developed a robust, distributed infrastructure ecosystem allowing customers to achieve cost savings and environmental benefits with technically and economically mature solutions. It is a fantastic company with strong experience, team, culture and track-record. Use of LNG by off-grid customers is mature in Spain and Portugal but only emerging in the rest of Europe. We look forward to working as a long-term partner with the Molgas team to develop the company across Europe.”

Commenting on the transaction the CEO of Molgas Energy Holding, Fernando Sarasola, said:

“Molgas offers its clients comprehensive solutions facilitating the adoption of Natural Gas as an inexpensive, clean and sustainable source of energy. Created in Spain over 20 years ago, the company has successfully expanded outside its Spanish core market while developing new business lines (retail stations, bunkering). We are looking forward to working with InfraVia to support the next phase of our development, continue serving our customers with sustainable and value-added infrastructure solutions and contribute to the transition away from oil.”